Hypertension, or high blood pressure, is a significant and growing global health concern. Due to hypertension, about 7.5 million people die each year. This is because hypertension is the leading risk factor for heart disease, stroke, and premature death. 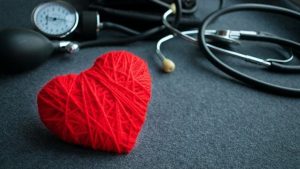 It is expected that the number of individuals with hypertension will increase in the coming years and is predicted to reach 1.56 billion adults worldwide by 2025.

While there are medications that are specifically for hypertension, patients can also take natural supplements to help regulate their body’s functions.

Among the most abundant minerals in the body, magnesium plays an integral role in many body functions, including insulin metabolism, energy production, nerve transmission, cardiac excitability, and blood pressure regulation.

Garlic is also regarded as a safe and effective supplement for improving hypertension. Several studies have indicated that garlic supplementation for a period of eight to 12 weeks may reduce both systolic and diastolic blood pressure.

Another supplement is L-arginine, which is an amino acid involved in protein synthesis, tissue repair, immune function, and the urea cycle. It’s been shown to lower blood pressure in individuals with mild to moderate hypertension.

While hypertension is a widespread and serious condition, it is also largely preventable. A protocol using natural supplements can be used therapeutically on its own or as an adjunct to existing high blood pressure treatment plan. Make sure to speak with your doctor first before making any decisions on your hypertension treatment plan.

& Receive 70% Off Your First Consultation, Exam Or Treatment