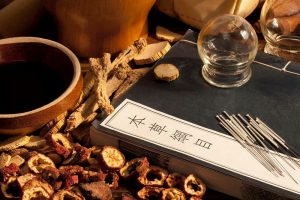 To understand why TCM is used all over the word, the key principles of TCM has to be understood.

1) The theory of Yin and Yang

The concept of Yin-Yang represent balance, complementary, and equally important yet opposing forces.

For example, Yin organs store and nourish the body while Yang organs transform these substances via different bodily processes.

It is believed that sickness or changes in health can occur when Yin and Yang shift out of balance.

2) The theory of the Five Elements

The Five Elements represents nature, its various states, and how they are reflected in the human body.

Earth, Metal, Water, Wood, and Fire are the elements correlated to the seasons (e.g. summer) and one pair of organs (e.g. Spleen and the Stomach), with the exception of the Fire Element which houses two pairs of organs.

It is believed that the Five Elements help with the understanding of when the organs are likely to cause problems based on their season and qualities, or which organs may be playing a role in their underlying dysfunctions.

Qi is defined as the energy or vital force that is continuously circulating throughout our bodies.

It us derived from the food we consume, the air we breathe, and Qi we received from our parents.

It flows along meridians, or channels which are nourished by the Yin, and correspond to the different organs.

Meridians and Qi are the backbones of acupuncture as its goal is to optimize the flow of Qi and influence organ function by stimulating various acupuncture points.

It is believed that Qi helps to transport energy, hold fluids and structure in their proper place, and protect the body from external pathogens.

& Receive 70% Off Your First Consultation, Exam Or Treatment